King Of South Side …Curtis “50 Cent” Jackson had to  shut down a female fan with a swift punch to the chest. If y’all did not know, back in the day 50 Cent,  affectionately known as “Boo Boo” used to be a boxer and bayyyybeee he was nice!!

Anywhoooo…  I know that blow girlfriend took must have hurt. 50 cent was doing his thing on stage in Baltimore when he shook the hand of a fan in the crowd, next thing you knew the female fan grabbed 50’s arm and made him fall forward into the crowd.

Following the incident, 50 Cent invited the woman dressed in a short flower patterened dress was helped up on stage to twerk! Girl bye you know you were still in pain.

50 had to bring damage control to that situation and fast! Here is the young lady below: 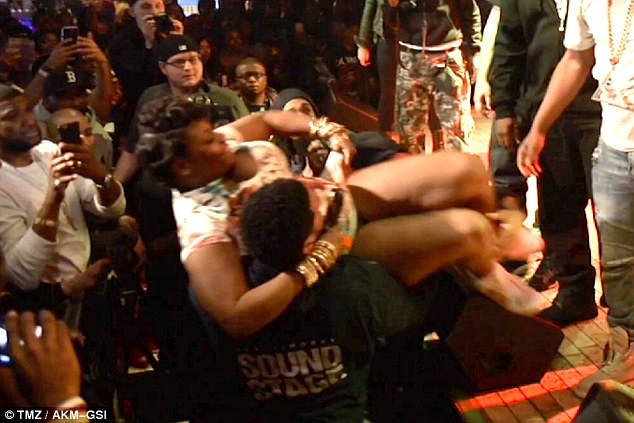